Beyond the Lonely planet in Slovenia and Croatia

A quick look into Lonely Planet guide for Slovenia and Croatia will help you understand the countries just a tiny bit. However, you will be missing out on a whole lot if the guides are all you rely upon. Slovenia and Croatia have so much more to offer than a few generic tours that only recommend the biggest and densely packed tourist centers. Join us, as we explore a few places across Slovenia and Croatia that you may find exciting and a perfect pick for your next trip.

Kamnik is one of the oldest cities in Slovenia. Did you know that in the middle ages, Kamnik has its own mint, thanks to a large number of aristocratic families living there? Kamnik was also an important route for trade between Ljubljana and Celje.
There are two castles in Kamnik, however, we can only refer to them as ruins right now. They are pieces of history that you can still explore and learn about the ways of life in the past. Situated atop the 585-foot high hill called Krniška Gora, Stari Grad, or Old Castle, is one of the most strategically placed castles in Slovenia.

When exploring Kamnik, you must walk across Sutna. It is the main street in the city and was first mentioned in the 13th century along with the Church of the Immaculate Conception. It is a modern Baroque church, although it only dates back to the 18th century. The locals have painted their houses is colorful pastels which adds a bit of flair to the street.

Kamnik is also the site of a mass grave from the period immediately after the Second World War. The Cuzak Meadow Mass Grave is located in the southeast part of the town, in a grassy area encircled by a road on the premises of the Svit factory. The grave contains the remains of several hundred soldiers and civilians, mostly Croats but also some Serbs. 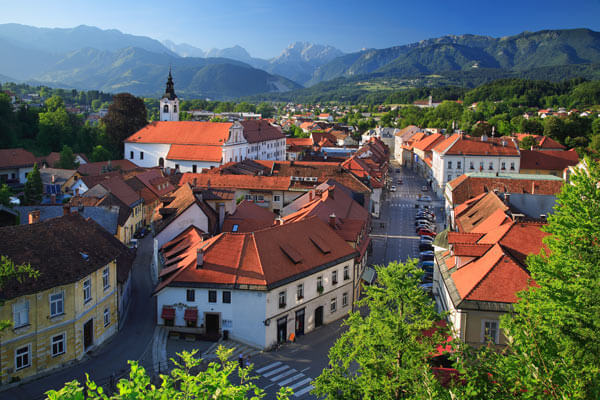 After you explore Kamnik, you must head to Velika Planina which is just a few kilometers away. You can also take a direct trip to Velika Planina from Ljubljana as a day trip.
Velika Planina translates to, big pasture, which is a dispersed high elevation settlement of mostly herders’ dwellings in the Karst big Pasteur plateau in the Kamnik Alps.

Some of the most amazing things to explore and do here are the herdsmen’s settlement and taste the freshest dairy products.
You will also amaze yourself with the unique architecture of the cottages which gives Velika Planina its charm. If you are up for more adventure, the mountain offers several hiking routes and mountain cycling paths. 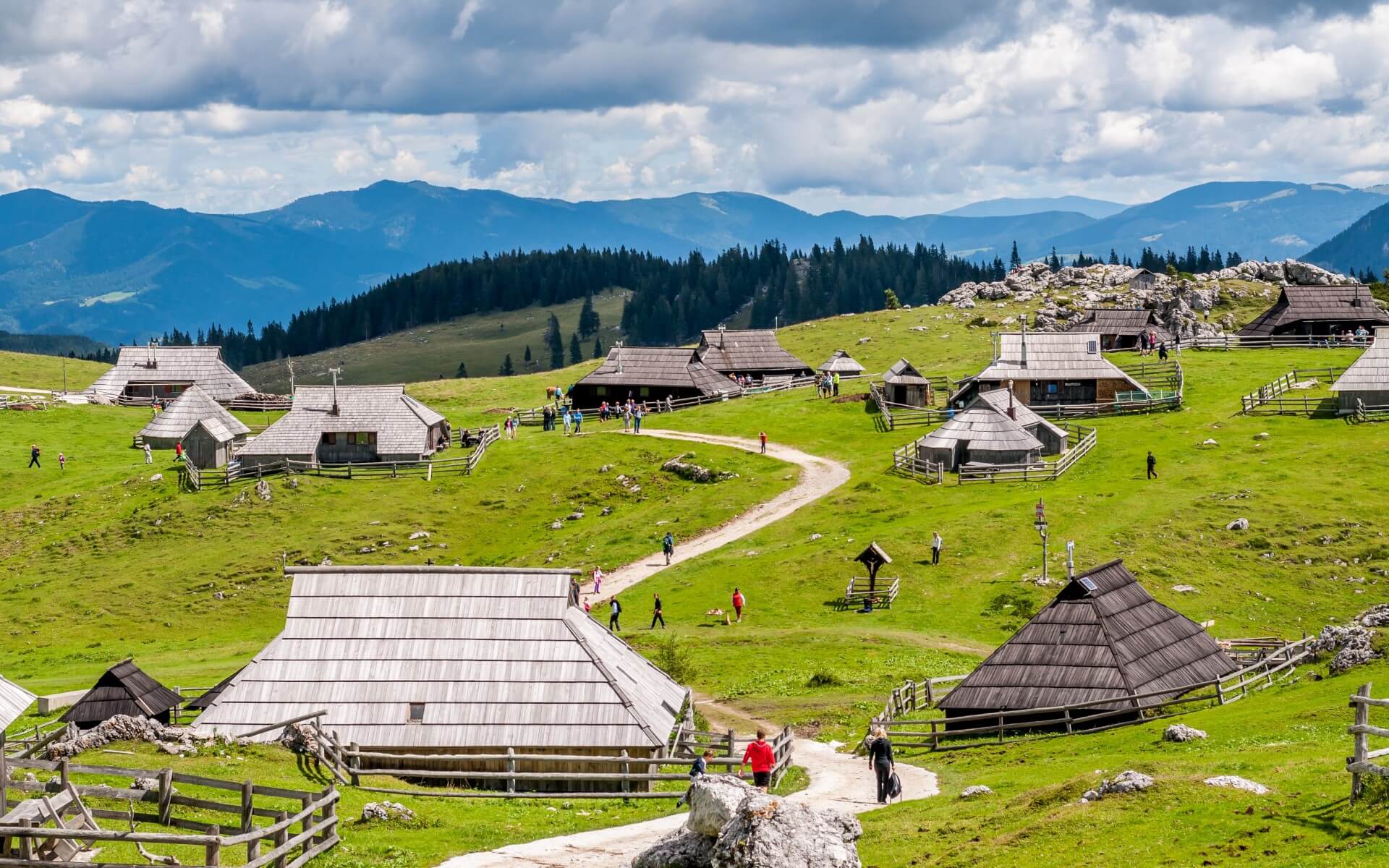 If you are traveling to Slovenia, you must take advantage of the fine wine the country has to offer. Slovenia, although small in its geographic size, is home to some of the best wines in Europe.

We absolutely recommend a wine tasting experience or a tour of the Karst wine route.
Teran is a very famous wine from the Karst region. The wine’s rich, robust character is evident while the grapes are still on the vines. Teran grows in large clusters of densely packed berries with resistant skins. When you bite into a berry, its pulp bursts into your mouth. If you are looking for an authentic experience or something new, Teran is the right choice.
Karst prosciutto goes extremely well with the wine from the region. The people of the Karst prize the traditions and ancient customs that are passed from generation to generation in every house.

No feast or holiday in the region is complete without prosciutto, and a plate of prosciutto the table is the time-honored way to welcome a guest. 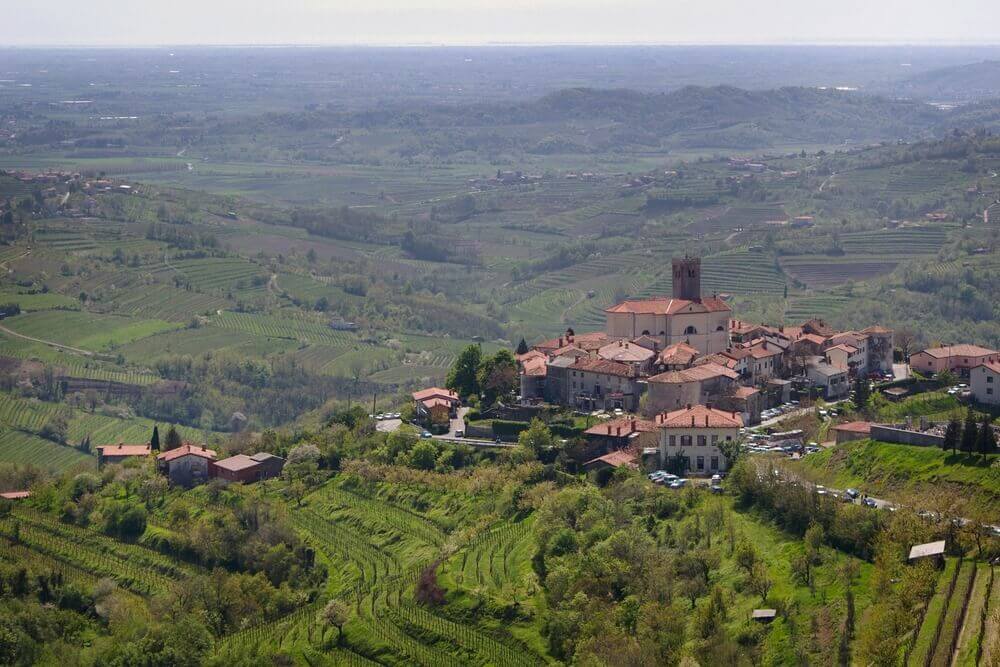 In case you are not a big fan of alcohol or meat, the fruit lovers must never miss the Brkini fruit route.
Known for its first-class apples, plums, Brkini will enchant you by the picturesque, green landscape, full of small clustered settlements, orchards, and cultivated fields.
Whether you are on a bike or on foot, you can enjoy the many views offered by Brkini Hills.

The purpose of the Brkini fruit road is to increase the sales of fruit and other agricultural produce and products from farms, as well as to attract as many buyers as possible.
The Brkini fruit road connects 67 farms marked by signs “One plum, one glass of brandy.” 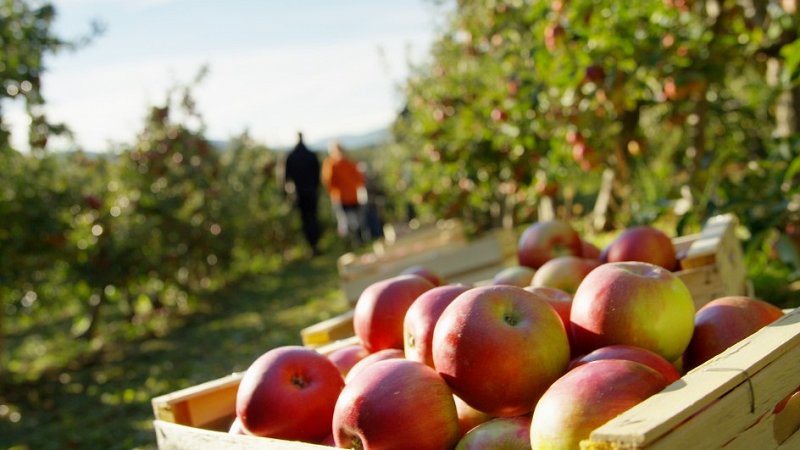 Varazdin is a city in Northern Croatia, about 81 km or 50 miles north of Zagreb. The center of Varaždin County is located near the Drava River. It is mainly known for its baroque buildings, music, textile, food and IT industry.

The first written reference to Varazdin, whose historical name is Garestin, was on 20 August 1181, when King Béla III mentioned the nearby thermal springs (Varaždinske Toplice) in a legal document. Varazdin was declared a free royal borough in 1209 by the Hungarian King Andrew II. The town became the economic and military center of northern Croatia. Due to Ottoman raids, the town was structured defensively around the old fortress and acquired the shape of a typical medieval Wasserburg.

In the early 13th century, the Knights Hospitaller came to Varazdin, where they built the church and a monastery. 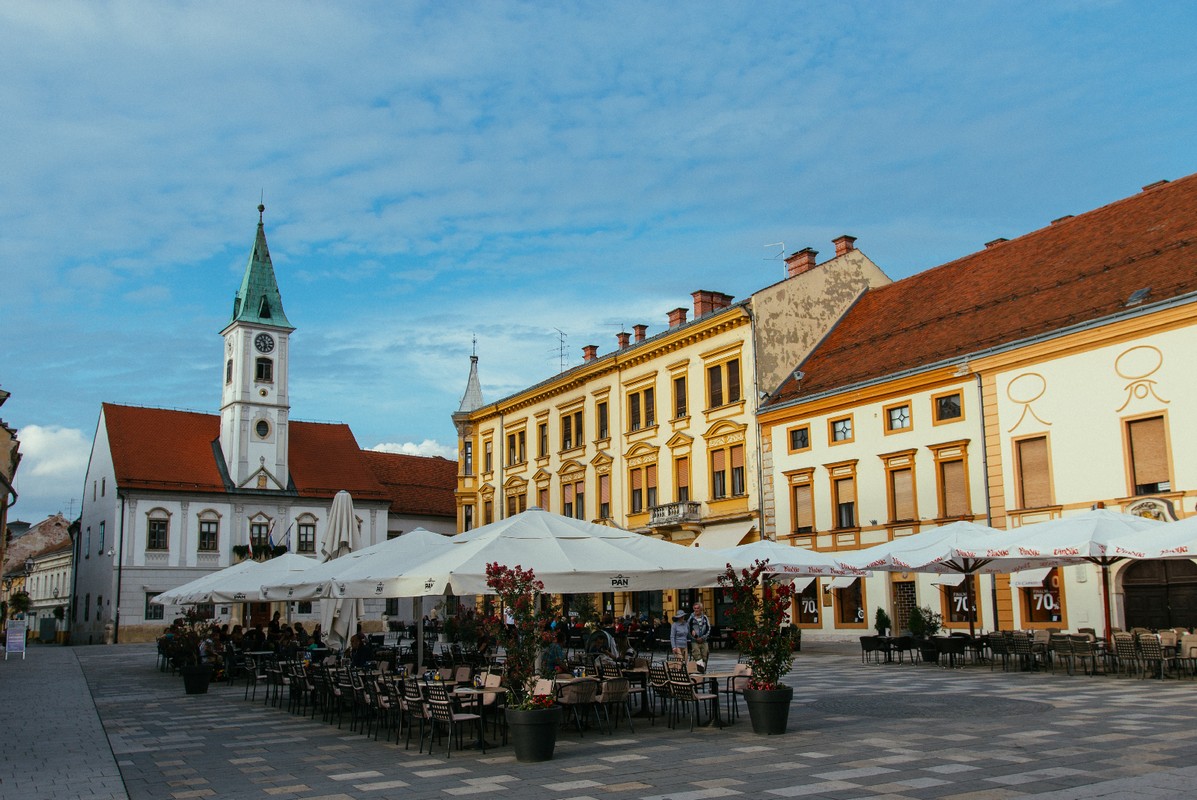 Castle Trakoscan, was built in the late 13th century in northwestern Croatian defense system as a small observation fortress for monitoring the road from Ptuj to Bednja Valley.
It is protected as a historical entity, which consists of the castle, the building next to the castle, park and forest park with a lake. Today the castle is owned by the Republic of Croatia. It is a great example of the glorious past of the prestigious history of the Balkan region.
There are a lot more amazing cities, and pieces of history that are part of the daily life in Slovenia and Croatia.
We encourage you to explore with us as we take you to some of the best-kept secrets that you will not find easily on a travel guide like Lonely Planet. 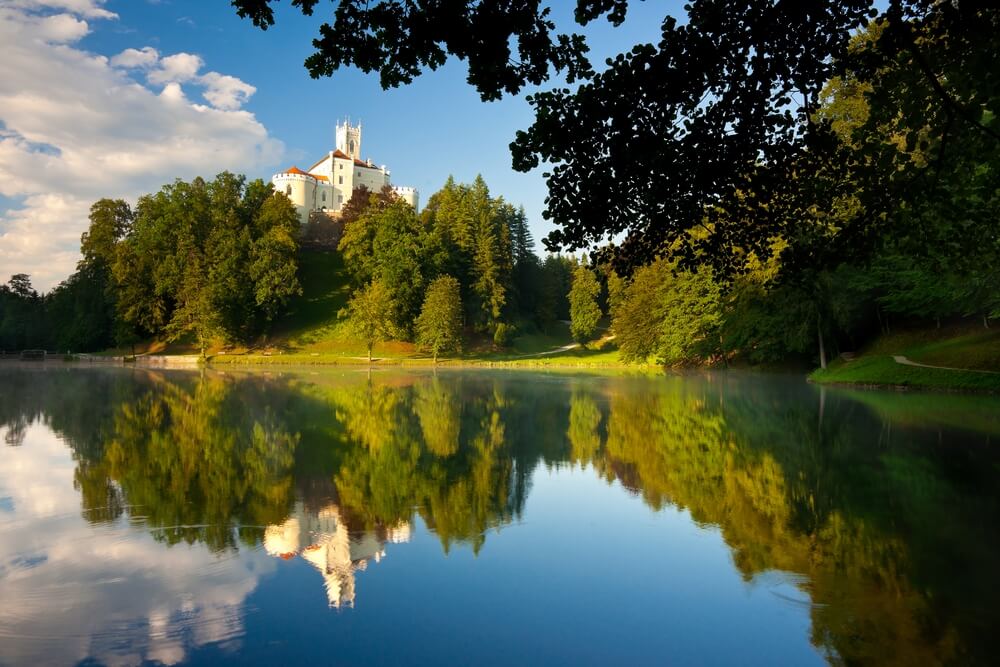