If you had to choose a coastline perfect for cruising, Croatia would probably be it. With a breathtaking coastline, clear waters and magnificent beaches, Croatia cruises are truly an unforgettable experience.

Whether you are a beginner at cruising or are in search for your next travel experience, Croatia really offers something for everyone. From wonderful landscapes to small, historic and picturesque towns set on dozens of islands surrounded by a warm blue sea.  Dive in for a relaxing swim before lunch and then get ready to explore the stone streets of an old town. Join the locals in the evening and taste local culinary delights. We know the most hidden secrets of the Adriatic, its harbors, bays, and amazing beaches, so join us on a cruise adventure in Croatia. 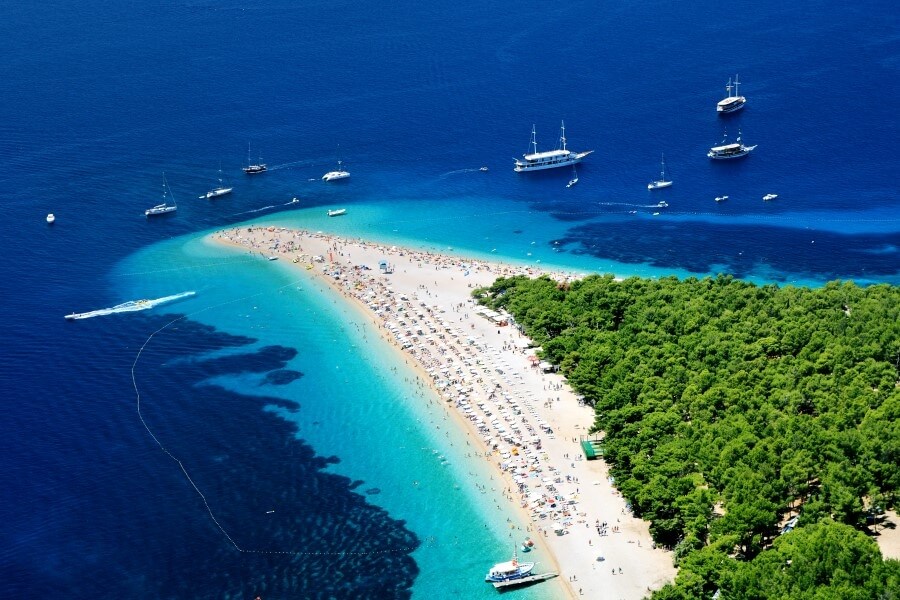 Which cruise areas are available in Croatia?

In Croatia, there are 3 main areas to cruise. Cruising the Central Dalmatian Islands is perfect for active individuals, who love nature, swimming, snorkeling, and other water sports. In this area, you can visit all the essential Dalmatian islands like Korčula, Hvar, Vis, Šolta, and Brac. You can also explore the beautiful coastal towns of Trogir and Split. This route is a perfect mixture of relaxation, swimming and island hopping.

Split is the second largest city in Croatia and its surrounding areas are home to most of the largest marinas in Croatia. Split itself is a fabulous city with a long history. It is like a living museum, walking around the ancient center is like nothing you’ll have experienced before, with a whole area taken up by a 1700 years old Diocletian’s Roman palace. Over the centuries this architecture has been kept intact and then incorporated into newer buildings, like St. Duje’s Cathedral, which is the heart of a 4th-century mausoleum. Split’s mesmerizing beaches are found between bright blue seas and the white stone walls of the town. Dotted with shops, bars, and restaurants, Split is well worth a visit for some laid-back relaxation on your next cruise tour in Croatia. 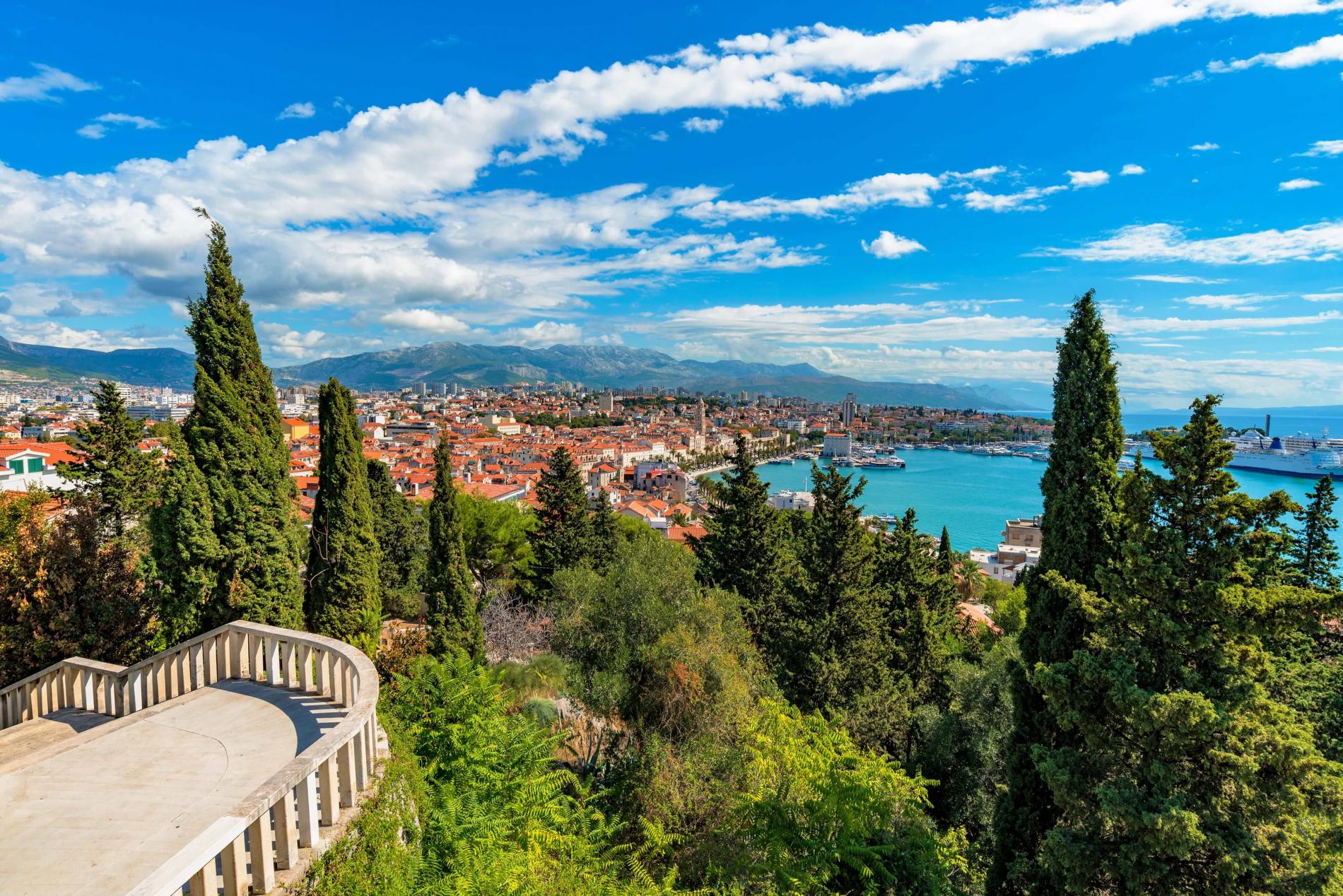 One of the most popular Croatia cruises route is the Dubrovnik region. How to describe Dubrovnik? It’s one of the most attractive walled cities in the world with beautiful pedestrianized streets to walk around. It gained its recognition as the notorious King’s Landing of the famous TV show Game of Thrones, where you can explore the locations where the Lannisters, Starks, and Targaryens plotted their revengeful acts. And while there is a lot of attention given to Dubrovnik as a famous movie destination, there’s so much more to discover while cruising to Dubrovnik. For a start, the city’s rich history. The rises and falls of Dubrovnik over the centuries are well documented in museums and galleries, from the 15th Century interiors of the Dominican Monastery and Museum to War Photo Ltd – a renowned war exhibition. The city will get attention with the wonderfully preserved Rector’s Palace, elaborate Onofrio’s Fountain, and baroque St. Blaise’s Church, named after the city’s patron saint. You can also take a walk with a local guide who will show you around this world-famous Dalmatian city.

However, if you’re searching for an even more memorable journey, you’ll find that Zadar and Sibenik are wonderful landmarks on your next cruise tour. Zadar is the oldest inhabited city in Croatia, and a must stop on your Croatian cruising adventure.  Here you’ll find Venetian and Roman ruins that date back centuries, adding a completely exclusive feel to this section of the Dalmatian coast. Seek out St. Mary’s Convent, a Benedictine monastery featuring religious art dating all the way. Sibenik is one city with two UNESCO sites, current attractions range from a falconry center to a renovated masterpiece of Renaissance heritage, the Cathedral of St James.

When is the best time to go on a cruise in Croatia?
Croatia is pleasantly warm and sunny in the summer and it has a typically Mediterranean climate. Temperatures reach an average 25 degrees Celsius and rain is unlikely in the summer months. It can get up to 40 degrees Celsius in July and August.  The cruise season in Croatia usually starts in May and runs to October. While the sea starts off pretty cold, it gets warm by early July and is at its warmest in late August. The best month of the year to cruise in Croatia in September. The weather is still amazing, the sea is warm and the crowds have reduced. 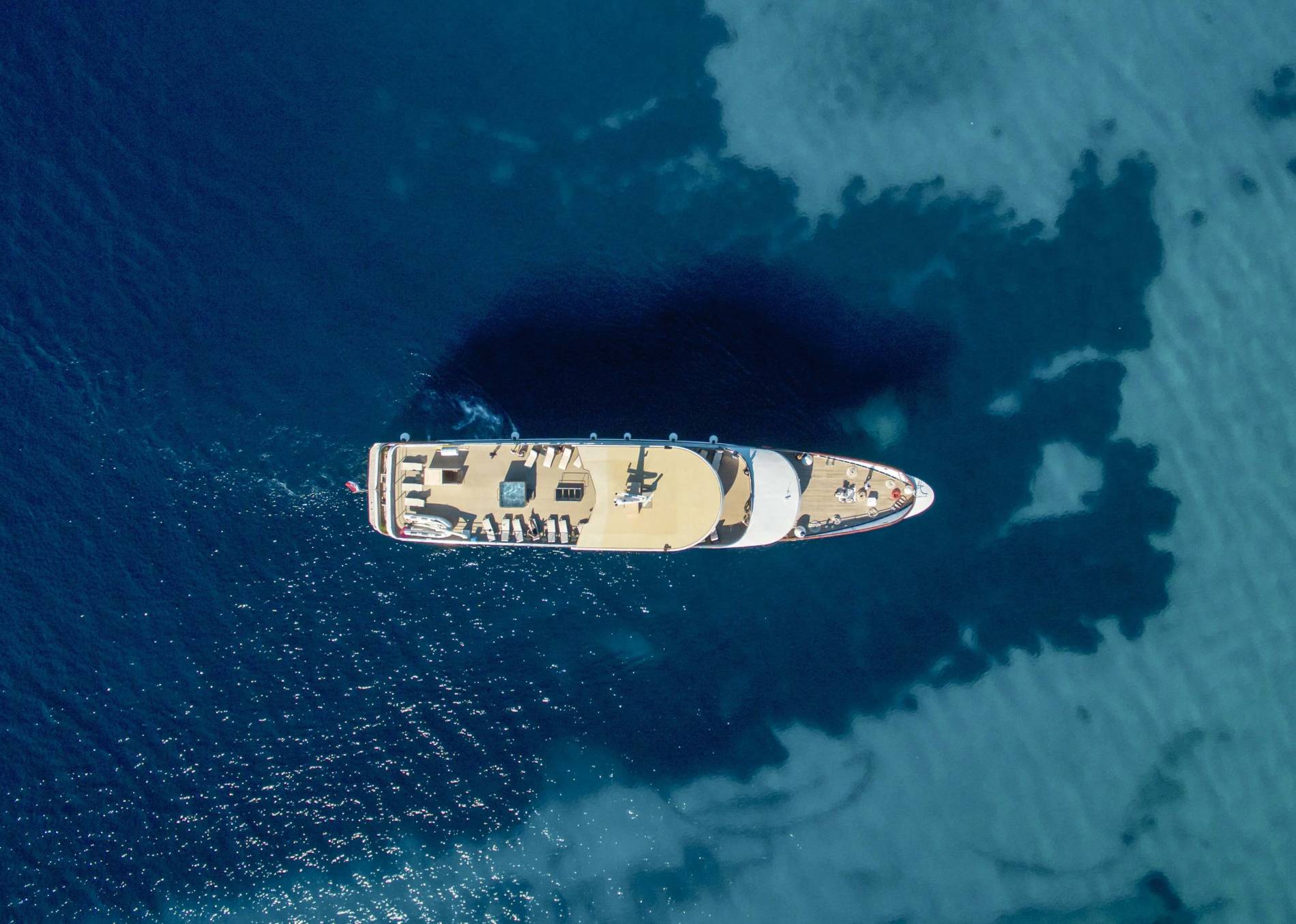 If you have any more questions about Croatia cruises, feel free to send us a message anytime. Our experienced expert team will be able to help you with your inquiry.