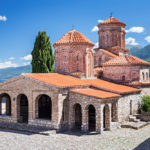 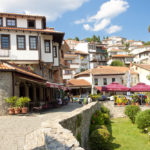 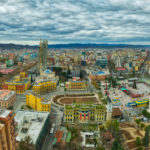 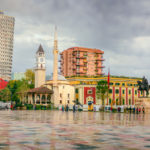 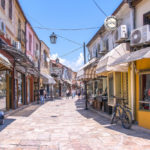 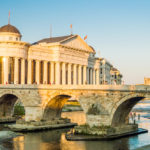 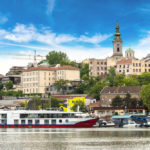 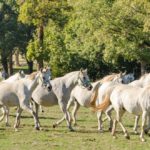 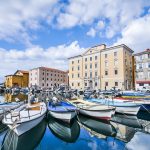 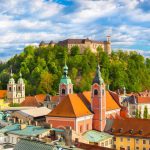 On Grand Balkan  Private Tour you will discover the heart of the Balkans with warm and friendly people, different cultures, authentic cuisine, unspoiled nature and turquoise Adriatic Sea.

DAY 1 • BELGRADE–Arrival
Upon arrival at Belgrade Airport where our tour guide/driver guide will wait you.  Transfer to hotel.  Overnight.

Day 2 • BELGRADE
After breakfast sightseeing of capital city of Serbia, which lies at the confluence of two major rivers – Donava and Sava. Due to its location, Belgrade once was and still is an intersection between east and west, north and south. We will see the Belgrade fortress, which has 7000 years of history. The fortress leads us directly to the old part of the city with the oldest cafes. Close by is the main street in Belgrade – Knez Mihailova Street. You will also visit the Republic square, Skadarlija… Free time for independent sightseeing. Overnight.

Day 3 • BELGRADE–SKOPJE
Breakfast and check out of the hotel. From Belgrade drive to Skopje, the capital of Macedonia. En route, we visit Niš, the largest city in southern Serbia. There we will see the Memorial to Constantine the Great, in commemoration to Constantine the Great who was born in this city and the  Skull Tower (Ćele Kula) – a monument to the Serbian revolutionaries (1804–1813).  Arrival in Skopje is planned in the early evening. Overnight.

Day 4 • SKOPJE–OHRID
In the morning, we have city tour: the Stone Bridge, Old Bazaar, old railway station, Mustafa-Pasha Mosque, Daut Pasha Hamam, and the monument of Mother Theresa followed by free time. From Skopje we drive to Ohrid, beautiful ancient city by the Ohrid lake which is the deepest, and one of the largest lakes in the Balkan Peninsula.

DAY 5 • OHRID
Today’s morning is planned for a walking sightseeing of the old town of Ohrid. This includes the visits of the most important monuments and archeological sites like church of St Sophia, Tsar Samoil’s Fortress  Church of St Jovan Kaneo. In the afternoon, a scenic drive along the lake will take you to the visit of the monastery of St. Naum and the springs of Lake Ohrid, 30 km from the city of Ohrid. Overinght.

DAY 6 • OHRID–TIRANA
After breakfast we continue our  Balkan Private Tour  to nearby Albania. We drive via Elbasan to Tirana, the capital city. Arrival is planned in the early afternoon. Orientation tour: Skender Bey Square, the Mosque of Ethem Bey, and a visit to the National Museum representing the flow of Albanian history which also houses the finds from archeological sites across the country. Overnight.

DAY 7 • TIRANA–BUDVA
Drive to Montenegro. Before we cross the border into Montenegro, we stop in Shkodra, nowadays a major cultural centre.  Continue to Budva, the famous seaside resort with the lovely picturesque Old town. Overnight

DAY 8 • BUDVA–MONTENEGRO TOUR
After breakfast we drive to Kotor, a city in the Bay of Kotor, described as the Mediterranean’s only fjord, between the mountains and the blue sea.  Enjoy a sightseeing of the dramatic Kotor, surrounded by walls, protecting the marbled cobbled streets with churches, shops, bars and restaurants on hidden squares. Continue on the winding panoramic road to Cetinje, the former Montenegrin royal city, once the smallest European capital.  There we will visit King Nikola’s Museum which was was founded in 1926, within the residence of the last Montenegrin ruler Nikola I Petrovic Njegoš. Return to Budva. Overnight.

DAY 9 • BUDVA–DUBROVNIK
Drive to Croatia, to Dubrovnik, a world-famous Dalmatian city, also called the Pearl of Adriatic; it has a rich and interesting history, which is seen on every step: city gates, forts, city walls with coat of arms of the patron Saint Blasius, military warehouse… all remind us of the turbulent periods of the  city with its marble streets, baroque buildings and  the ancient city walls that have protected the sophisticated republic and city for centuries. Enjoy your free time in the lively streets of Dubrovnik. Overnight in Dubrovnik.

DAY 10 • DUBROVNIK–MOSTAR– SARAJEVO
After breakfast, we will get to know the picturesque Mostar, which owes its name to the famous bridge over the Neretva River. During your visit of this UNESCO World Heritage-listed city, you’ll see its historic Old Bridge, the colorful Old Bazaar with traditional handicrafts and a well-preserved traditional Turkish houses. Free time to shop or enjoy lunch. Then we continue our Grand Balkan Private Tour for Sarajevo, the capital of Bosnia and Herzegovina. Here we can still see the dominance of the Ottoman style of mosques, complemented by Catholic cathedrals and  Jewish synagogues. Overnight in Sarajevo.

Day 11 • SARAJEVO
In the morning, we join the guided tour of Sarajevo: spot where the Sarajevo Assassination took place, Gazi Husrev Bey’s Bezistan, Tašlihan, Jewish Museum, Ferhad Paša’s Mosque, Cathedral of Jesus’ Sacred Heart, Sarajevo “Roses”, Old Orthodox Church. Beside this, you will also see some other interesting places related to the various historical events. Later you can enjoy some free time in the famous oriental old town ‘Baščaršija’ and try some local food or shop for colorful handicrafts. Overnight in Sarajevo.

Day 12 • SARAJEVO–TRAVNIK–JAJCE–BANJA LUKA–ZAGREB
After breakfast we head for Travnik, once the capital of the Ottoman vizier from 1686th to 1850th, We do a short break there and then continue to Jajce a ‘birth place’ of former Yugoslavia. There we will visit the museum that presents this important session in 1943. Then we have some free time to walk around to see the scenic waterfalls and fortress. Then we drive to Banja Luka the sec­ond largest city in Bosnia and Herze­gov­ina. It rep­re­sents the cul­tural, eco­nomic and admin­is­tra­tive cen­ter of the Repub­lika Srp­ska entity. After the short visit, we continue to Zagreb, the capital city of Croatia. Overnight in Zagreb.

Day 13 • ZAGREB–LJUBLJANA
Enjoy a guided tour of the Croatia’s capital, which will reveal its most important cultural and architectural attractions: the Cathedral, the main Ban Jelačič square, the open market, the lively Tkalčič street… and after that enjoy some free time to further explore the city and sample some local food. In the afternoon we drive to Ljubljana, the capital city of Slovenia.

Day 14 • LJUBLJANA– LAKE BLED
Enjoy a guided tour around the capital city. You will find out why Ljubljana is the city of dragons, a city of bridges and, slightly unfairly, called the small Prague. Attractive cities are often described as ‘jewel boxes’, but here the name really fits. The guided tour will take you to the baroque old town, Prešeren Square, Congress Square, the City Hall, the Cathedral, the Butchers’ Bridge, the Dragon
Bridge, and the open market, very popular with the locals. Ride a funicular to the castle from Old Town not far from the market and you will be rewarded by excellent views of the city and the mountains and you can actually see 1/3 of the country if the weather is nice. In the afternoon we
continue to Bled, Slovenia’s most popular tourist resort, take a ride around the lake and enjoy the photo opportunities of this picturesque Slovenian treasure with its emerald-green lake, picture-postcard church on an islet and a medieval castle clinging to a rocky 139 m high cliff. Return to Ljubljana. Overnight in Ljubljana.

Day 15 • LJUBLJANA–POSTOJNA CAVES–LIPICA STUD FARM–PIRAN.
After breakfast, drive to Postojna and visit the famous cave, one of the largest in the world, among Slovenia’s most popular attractions and its stalagmite and stalactite formations are unequalled anywhere. An electric train will take you into the caves and then enjoy in the underground karst world, where nature was the main architect through the millennia and has formed amazing formations. After the cave tour you will visit the Predjama Castle which is a short hop from Postojna and is one of the world’s most dramatic castles. Continue towards Lipica, the famous stud farm that lives for and on its snow-white Lipizzaner horses, which were first bred here for the Spanish Riding School in Vienna in the late 16th century. Drive to Piran, everybody’s favorite Slovenian coastal city, very picturesque and sitting at the tip of a narrow peninsula, one of the best-preserved historical towns anywhere on the Adriatic and a gem of Venetian Gothic architecture. In Piran you will enjoy some free time for a stroll along the sea or the narrow Istrian streets. In late afternoon, drive back to Ljubljana or Trieste/Venice, according to the planned flight. Overnight

Day 16 • DEPARTURE….
After breakfast transfer to the airport according to the flight schedule.

* This price is informal. The exact price can be sent when we receive the request with exact dates of travel and number of  passengers intending to travel (2 -min and 7-max).

THE ITINERARY DOES NOT INCLUDE: