Pearls of the Adriatic Coast Tour 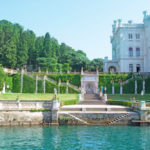 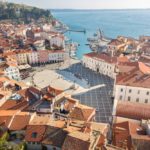 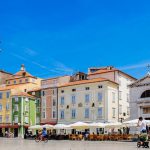 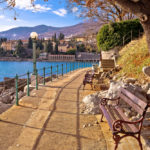 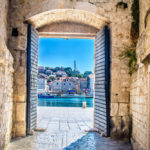 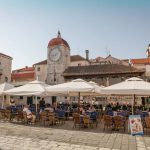 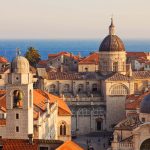 On an Adriatic private tour, you will discover the most beautiful corners of the Adriatic coast. Not only beautiful beaches and pleasant climate, but the Adriatic Sea also offers a rich heritage of history and arts as they are presented in Venice and Dubrovnik.

Day 1 • VENICE
Arrive in Venice or a nearby airport. Transfer with the ‘Vaporetto’ boat through the canals of Venice to the famous centre of Venice. The world-famous city of canals and bridges spreads across numerous small islands in shallow water (lagoon) on the west coast of the northern part of the Adriatic Sea. In Venice, a romantic and carnival city, you will see the Doge’s Palace, Basilica of St. Marc’s, the Bridge of Sighs, the Rialto Bridge, Venice Canals. You find out how vital the saltpans were on that part of the Adriatic Sea due to appropriate temperatures and shallowness of the sea. After the guided tour, you will have some free time to explore the historic city. Then, transfer to the mainland by the Vaporetto and then to a hotel near Venice. Overnight.

Day 2 • VENICE–GRADO–TRIESTE
After breakfast, drive to Grado, an island called “The Sunny Island”. It’s known for its sunny weather, sandy beaches, local stores and Roman remains. You will have enough time to take a walk through the lovely city centre or to spend some time on the beach. Later, continue to Trieste, the capital of Friuli Venezia-Giulia, with its large port and high karst cliffs rising behind the city. Looking at the big ships reminds us that Trieste was once the only port of the Habsburg Empire. Next, visit the Miramar Castle perched on a cliff above the sea, built by Emperor Franz Joseph’s (husband of the famous Sisi) younger brother Maximillian. He later became the Mexican emperor and left Europe from the castle of Miramar. The castle also served as an occasional residence of the Habsburgs. Next to the castle is a 22-acre park with rare exotic plants brought here by Ferdinand Maximilian from his journeys. Finally, drive to the city centre and have sightseeing. You will admire the largest European square next to the sea, Piazza Unità, the City Hall, the Cathedral of San Giusto. Trieste was known for its coffee roasting shops, and you can taste a cup of that aromatic drink in one of the typical cafes in Trieste. After some free time, drive to your hotel. We recommend a pleasant stroll through the lively city centre or along the promenade in the evening—overnight in Trieste.

Day 3 • : TRIESTE–KOPER–PIRAN–PULA
Today you will continue your Adriatic private tour to the other side of Trieste Bay, to Koper, the only Slovenian port. We will take a walk through the narrow stone streets of Koper, where the influence of a nearby Italian culture is evident. Next, continue to Piran, one of the most beautifully preserved towns on the Adriatic Sea. Piran was a Venetian colony for a long time (13th to 18th century), which is reflected in its architecture and gastronomy. For lunch, we recommend one of the numerous seafood restaurants along the coast of Piran. In the afternoon, drive to Pula and visit three countries in just one day! Italy, Slovenia, and Croatia. After checking-in in the hotel, we recommend a walk through the Old Town, one of the most beautiful ones in Istria. Stone houses protect residents from the wind in the winter, while the narrow stone cobbled streets protect them from the summer heat. Evenings are ideal for observing the vibrant street life and enjoying one street concerts. Overnight in Pula.

Day 4 • PULA–BRIONI–OPATIJA
After breakfast, drive to the pier and take a boat cruise through the Brioni archipelago and National Park. The islands were devastated during World War II by the Italian and German army, but after the liberation of Yugoslavia, authorities restored the hotels and repaired the damage, and turned one of the islands into Josip Broz Tito’s, the first Yugoslav president, holiday residence. Many buildings were rebuilt by the famous Slovenian architect Jože Plečnik. At the time of Yugoslavia, Brioni was (except for the Grand Brion) a closed military zone and deleted from Yugoslavia’s official maps. President Tito hosted well-known politics, opera divas, movie stars, including Elizabeth Taylor, Richard Burton, Sophia Loren, Carlo Ponti and Gina Lollobrigida and other influential celebrities of that time. The islands were declared a National Park in 1983. Since then, they have become a popular tourist attraction due to their turbulent history and beautiful landscape. Drive to Rijeka, Croatia’s third-largest city, a blend of a large port and Habsburg grandeur in the afternoon. Overnight in Opatija.

Day 5 • OPATIJA–PLITVICE–ZADAR
After breakfast, drive to Plitvice, the world-famous Croatian National Park, protected by UNESCO. Make sure your camera battery is fully charged because you will need it! The World Heritage-listed Plitvice Lakes National Park comprises 16 terraced lakes interconnected by a series of stunning waterfalls and surrounded by densely-wooded hills. The lakes are renowned for their distinctive colours, ranging from azure to green, grey and blue. Their appearance constantly changes depending on the minerals in the water and the angle of the sunlight. You will walk between the waterfalls, take a boat ride through the crystal waters and take some magnificent photos. After the tour, drive to Zadar, where you will overnight. Zadar is a vibrant historic old town of Roman ruins, medieval churches, and cosmopolitan cafes, so we recommend a walk through the city’s lively streets.

Day 6 • ZADAR–TROGIR–SPLIT
Drive to Trogir to visit this beautiful small town set on a small island within medieval walls with mazelike streets. It’s fronted by a wide seaside promenade lined with bars and cafes and yachts in the summer. Trogir is known for its Romanesque and Renaissance architecture, which flourished under Venetian rule which, along with its magnificent cathedral, earned its World Heritage status in 1997. You will visit this quaint town with a local guide. We continue our Adriatic sea private tour to see the stunning Split and its Roman treasures. Explore the fortress-like Diocletian’s Palace at the centre of the town, and learn about the area’s fascinating history as we see Jupiter’s Temple, the Peristyle, the Cathedral and other Renaissance and Gothic structures at a walking tour through the narrow cobbled streets, which add to the charm of this Mediterranean city. In the evening we recommend a walk on the promenade by the sea. Finish your day enjoying the sea breeze and the sounds of the famous ‘Riva’ promenade. Overnight in Split.

Day 7 • SPLIT–DUBROVNIK
After breakfast, drive along the coast from Split to Dubrovnik, one of the most photographed towns in the Mediterranean. You will take a guided walking tour of this historic walled city that includes the Bell Tower Clock, Orlando’s Column, and Sponza Palace, city gates, forts, city walls with a coat of arms of the patron Saint Blasius, military warehouse… all remind us of the turbulent periods of the city with its marble streets, baroque buildings and the ancient city walls that have protected the sophisticated republic and city for centuries. Enjoy your free time in the lively streets of Dubrovnik. Overnight in Dubrovnik or vicinity.

Day 8 • DUBROVNIK (FLIGHT)
After breakfast, enjoy some free time in Dubrovnik in accordance with the flight schedule. Transfer to the airport and flight.

* This price is informal. The exact price can be sent when we receive the request with exact travel dates and the number of passengers intending to travel (2-min and 7-max ).