Slovenia and Croatia are two of the most overlooked destinations to visit in Europe. It is a magnificent and multicultural region that’s still relatively unexplored by tourists. The Balkan Peninsula, encompassing Slovenia and Croatia is well known for its famous cities like Dubrovnik, Ljubljana or Plitvice lakes – just to name few. But this region is also hiding several not so touristy spots that are worth a visit. So get off the beaten track and visit some of the region’s lesser-known destinations.

1. Piran, Slovenia
Located on the short Slovenian coastline, not far from the Alps, gives this very picturesque city a blend of Mediterranean and Alpine characteristics. Piran is located very near Italy, thus it received a lot of Venetian influence throughout its existence. This is depicted in its architecture and town infrastructure.  The best way to explore Piran is on foot, as it is closed off to traffic. You can’t miss the enchanting oval-shaped main square, Tartinijev Trg which has a statue of the famous violinist Giuseppe Tartini. Get bird’s eye views of Tartinijev Trg and all of Piran by climbing up the hill to the impressive St. George’s Church. If you continue the cobbled streets up the hill, you can reach the city walls.

2. Krka National Park, Croatia
Krka National Park is often overlooked, as most travelers prefer visiting Plitvice lakes. It is located close to the town of Sibenik and it covers an area of 109 km². It has 7 travertine waterfalls and it is a unique karst phenomenon. You can enjoy the sights of lakes, old mills, wooden bridges and wonderful walking paths alongside the river.  The highlight of river Krka is its last and the largest waterfall – Skradinski buk, Europe’s largest travertine cascade system. However, you should definitely include a visit to the Visovac island and Roski waterfall. 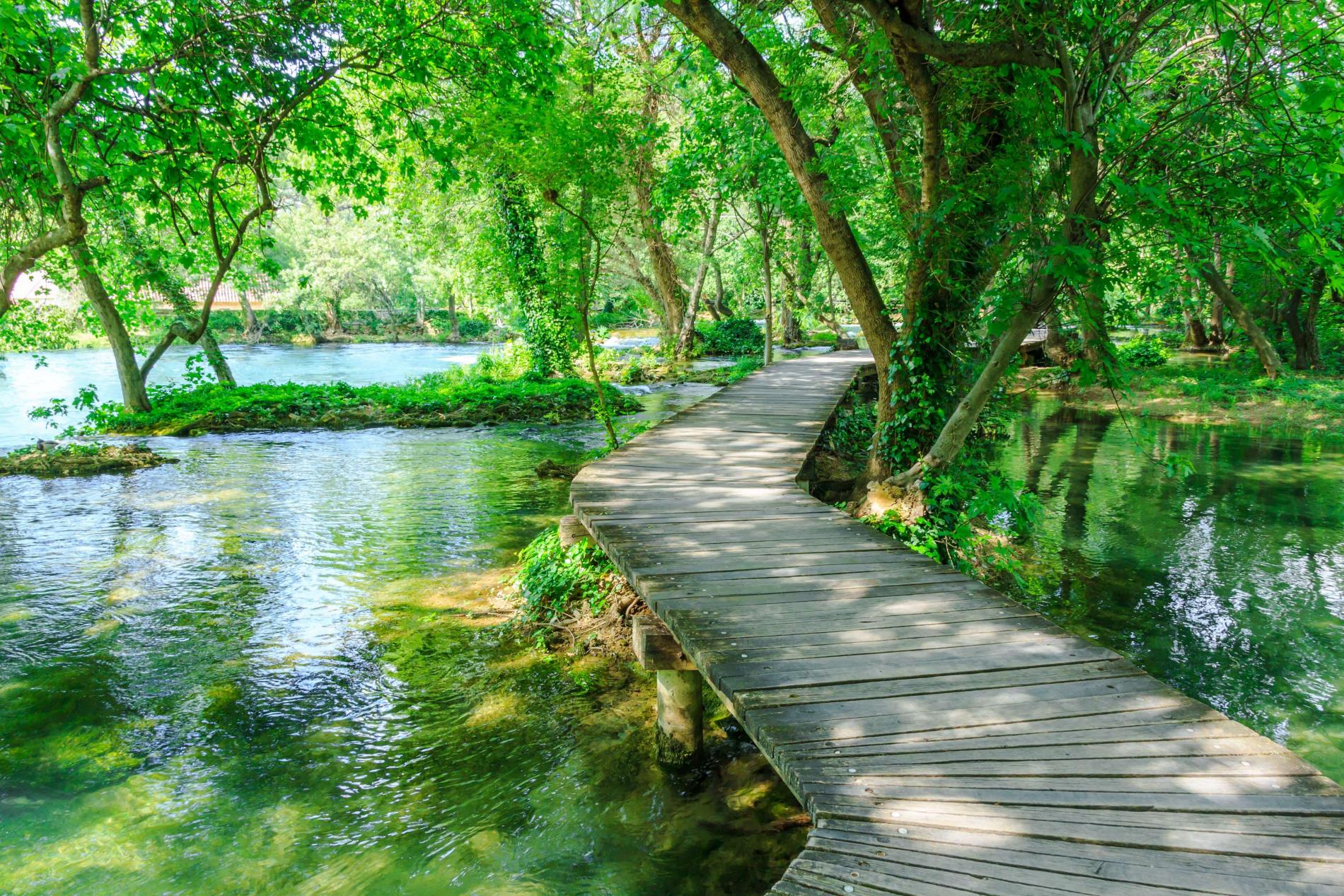 3. Trogir, Croatia
Trogir is one of the best preserved medieval towns in Europe, for which it was added to the UNESCO list of world heritage. While visiting Trogir you will be amazed by its beautiful Romanesque church and many wonderful Renaissance and Baroque buildings that have been constructed in the Venetian period. On the southern side of the city, there are still parts of the city walls with the magnificent city gate that leads you to the old part of the town. A great way to visit Trogir is with an escorted tour and an experienced tour guide. 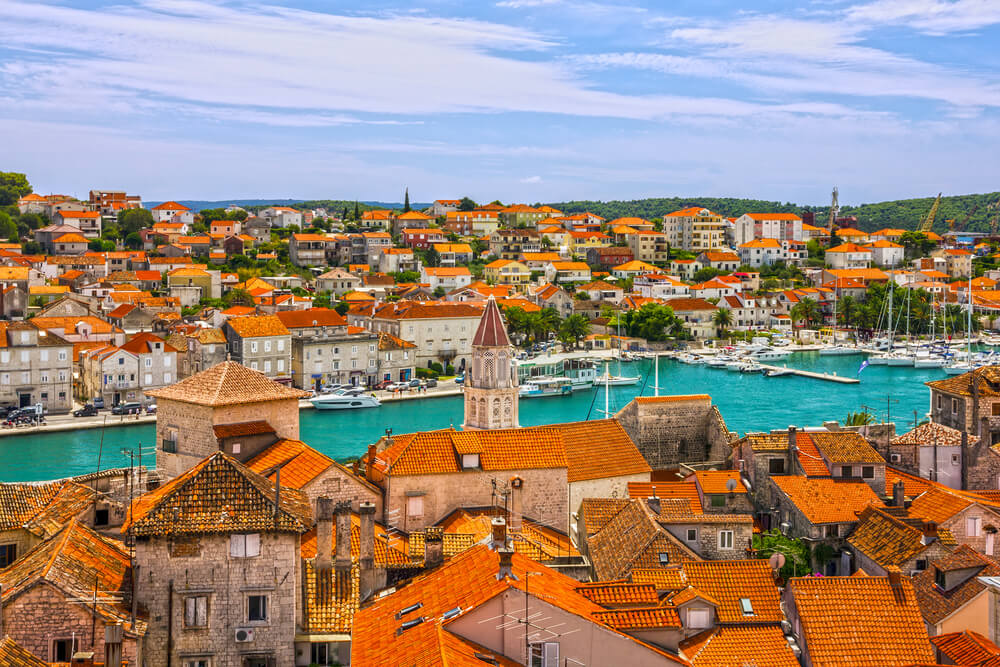 4. Zadar, Croatia
If the sea would be a musical instrument, what would it be? You can find that out in Zadar, where you can hear the sea play sounds on the marble steps at the edge of the Adriatic sea.  Architect Nikola Basic created an art installation, called Sea Organ. It is made of underwater pipes, that play calming sounds when filled with water. The small town of Zadar I rich with heritage and is entirely encircled by stone defenses, historic churches, and monuments. Start your trip to Zadar and continue cruising down the Dalmatia coast. 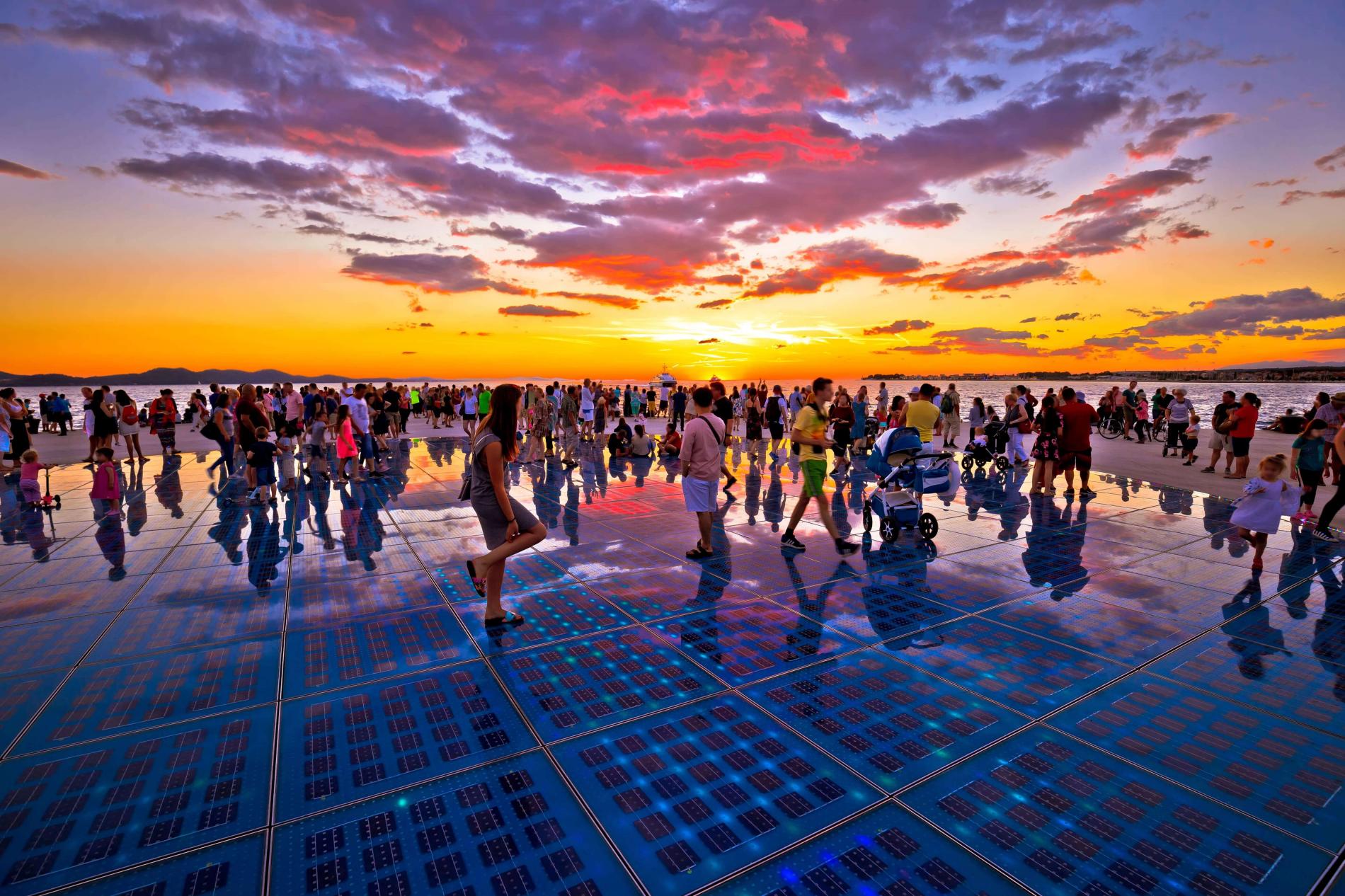 5. Korcula, Croatia
Korcula is the 6th largest Croatian island, and it should definitely be on your list of hidden gems in the Balkan. The town of Korcula is known for its medieval architecture and it is also mentioned as the childhood home of a famous traveler and explorer of the 13th century  Marco Polo. We recommend you to walk through the narrow streets and grab lunch at one of the typical restaurants serving Dalmatian cuisine. One of the great ways to include Korcula on your Balkan tour is by visiting it while cruising in Croatia. 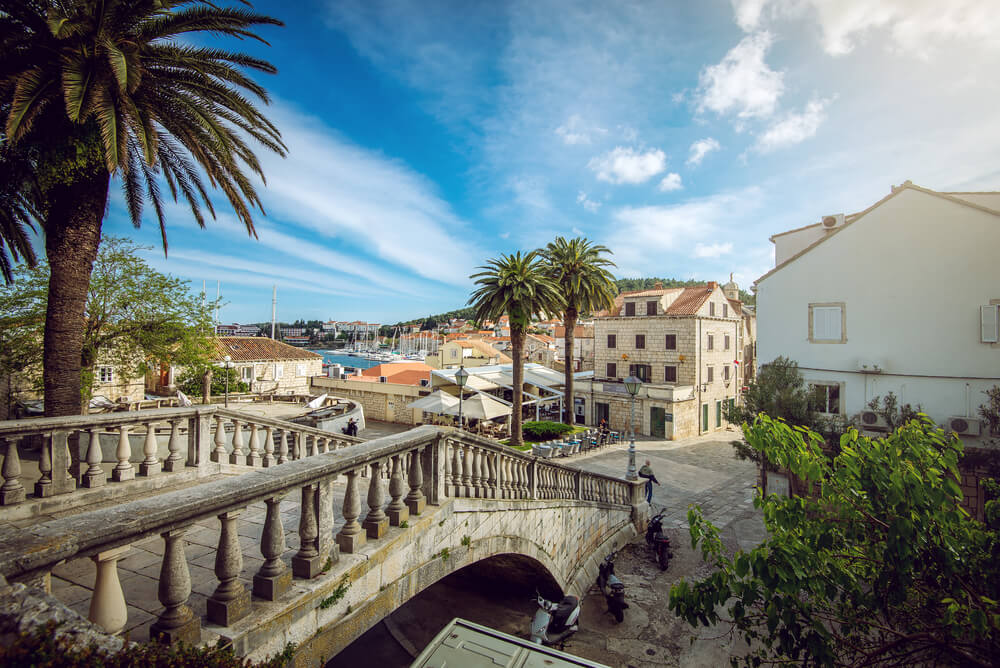 6. Mostar, Bosnia and Herzegovina
Mostar is one of the most historic cities in the Balkan region. Today the symbol of the city is a glorious 16th-century bridge. Even the name of the city is composed of the words bridge (most) and old (star). The city still wears a scar from the war, but that only adds to its unique charm and empowers the Ottoman, Western and Mediterranean influences, that shaped the town. You can’t miss the colorful Old Bazaar with traditional handicrafts and well-preserved traditional Turkish houses and mosques. 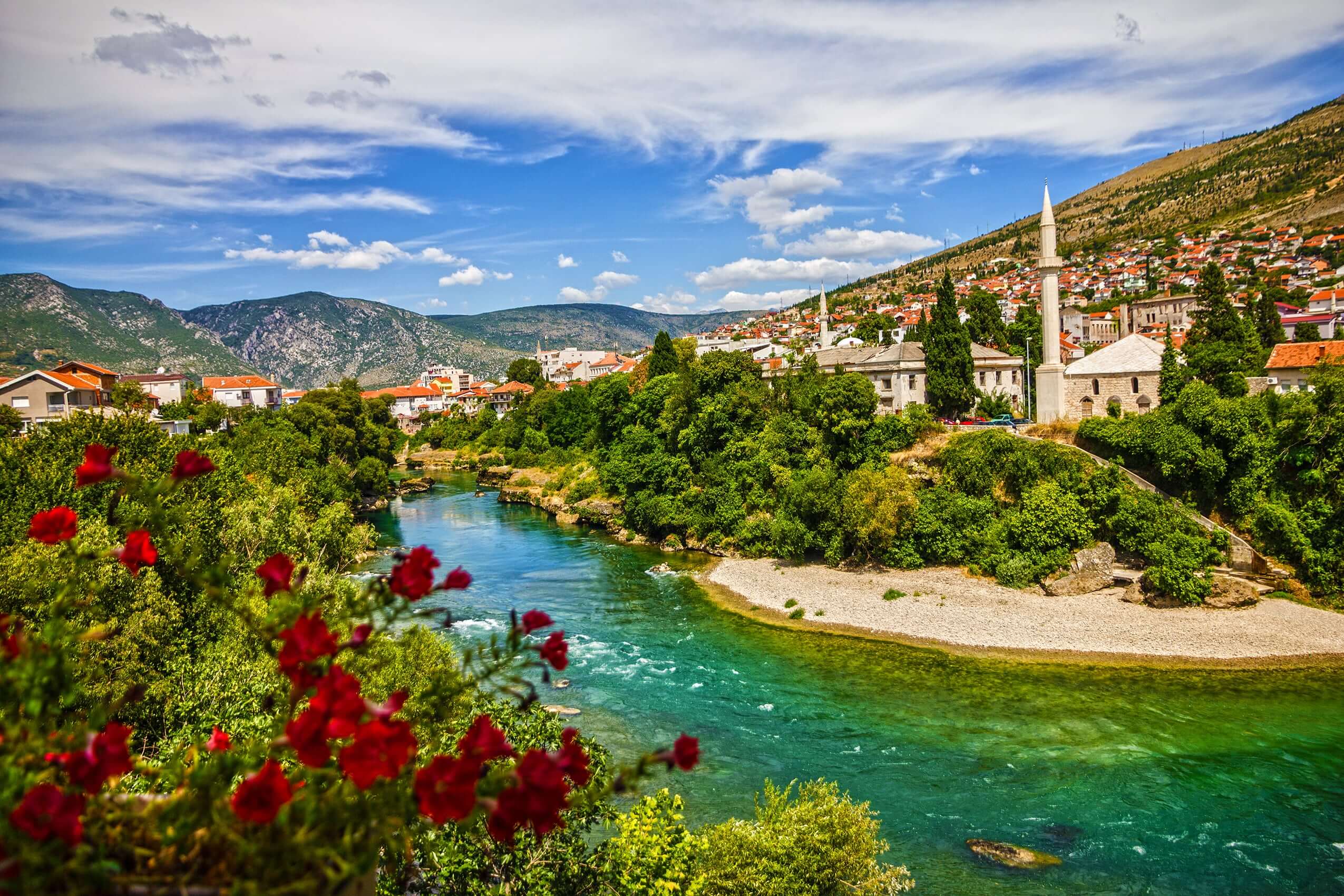 7. Cetinje, Montenegro
Cetinje is known as the old Royal Capital of Montenegro, as it once played a very important role in the country’s culture and economic activity. It officially became the capital of an independent Montenegro in 1878. It was after the Second World War, in 1946, that the capital was moved from Cetinje to Podgorica During King Nikola’s reign many embassies were built that give it today’s specific looks. Two of the most representative buildings are the Monasteries of Cetinje and Biljarda. 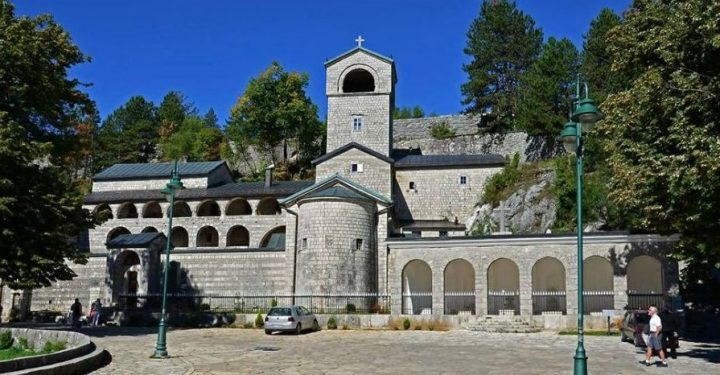 8. Ohrid, Macedonia
Ohrid is an enchanting Macedonian town located on the shores of the crystal-clear Lake Ohrid, the oldest lake in Europe. Ohrid is a city full of history and is also known as the Jerusalem of the Balkan. At one point in time, Ohrid had 365 fully functional churches, one for every day of the year. Explore Ohrid with us on a wonderful Balkan tour. 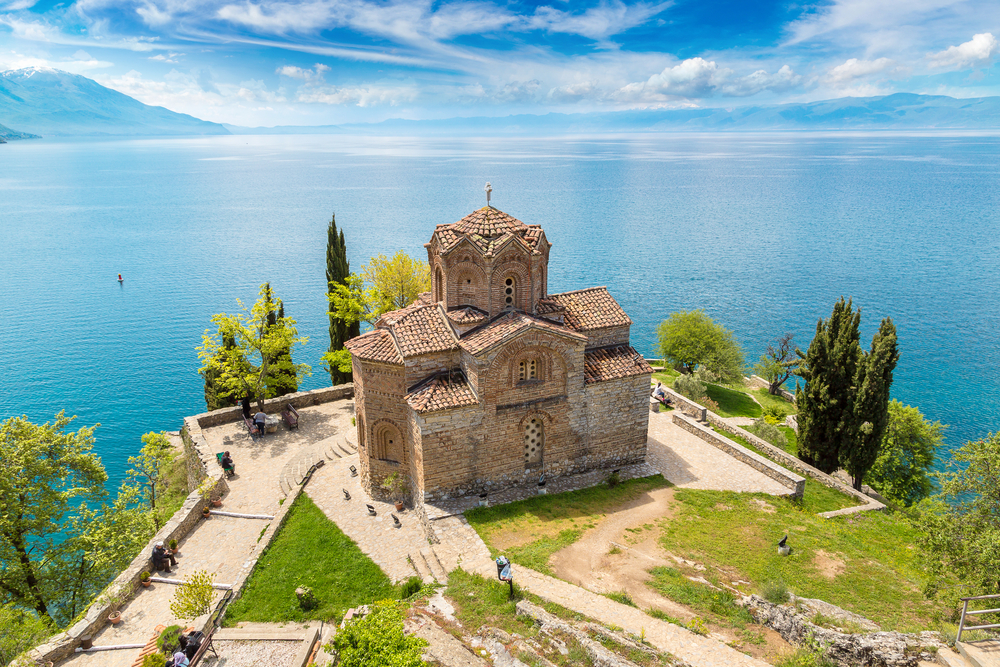 9. Velika Planina, Slovenia
Velika Planina is a mountain plateau that will mesmerize you with its green pastures and typical shepherd’s huts. One of the most popular is the Preskar hut museum, the only preserved example of a typical oval Velika Planina hut in Slovenia. We recommend that you walk to the herdsman’s settlement and feel the simple way of life, taste their dairy products and enjoy the calm and peace away from the city noise. 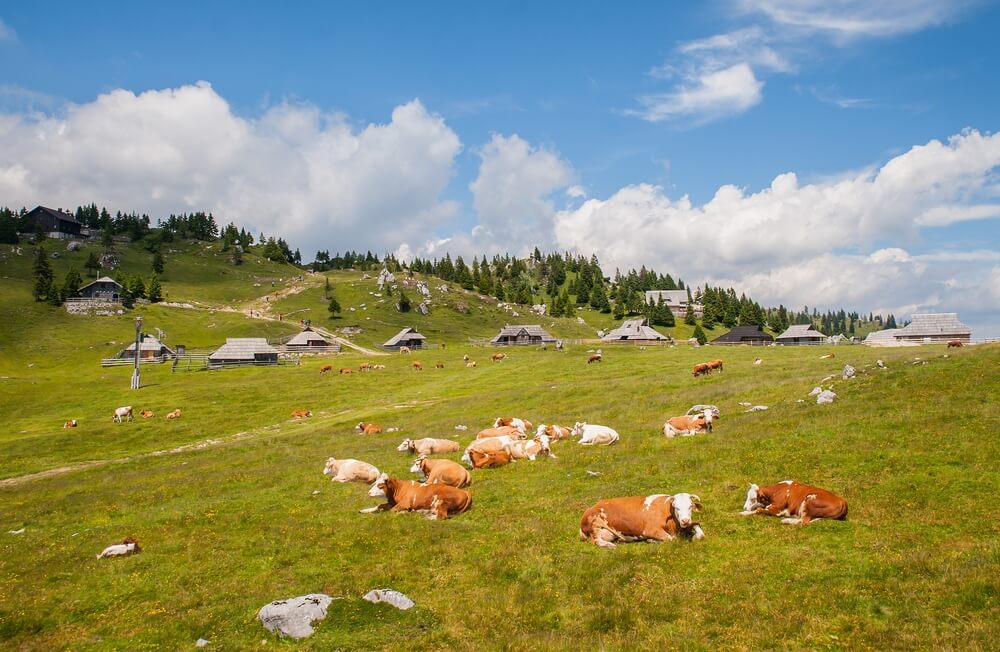 10. Brac, Croatia
Brac is the largest island in central Dalmatia and is world recognized by two attractions. Firstly it is the home to the “Croatian marble”, the glowing white stone, which was used to build the Diocletian’s Palace in Split. Some locals seen say they used it to build the White House in Washington. There is still an operating stonemasonry school in Pucisca, where you can learn more about working with marble. Secondly, it is recognized by its pebbly beach at Bol, called Zlatni Rat, which is promoting Croatia’s tourism worldwide. You can visit Brac in one of our Croatia cruise routes. 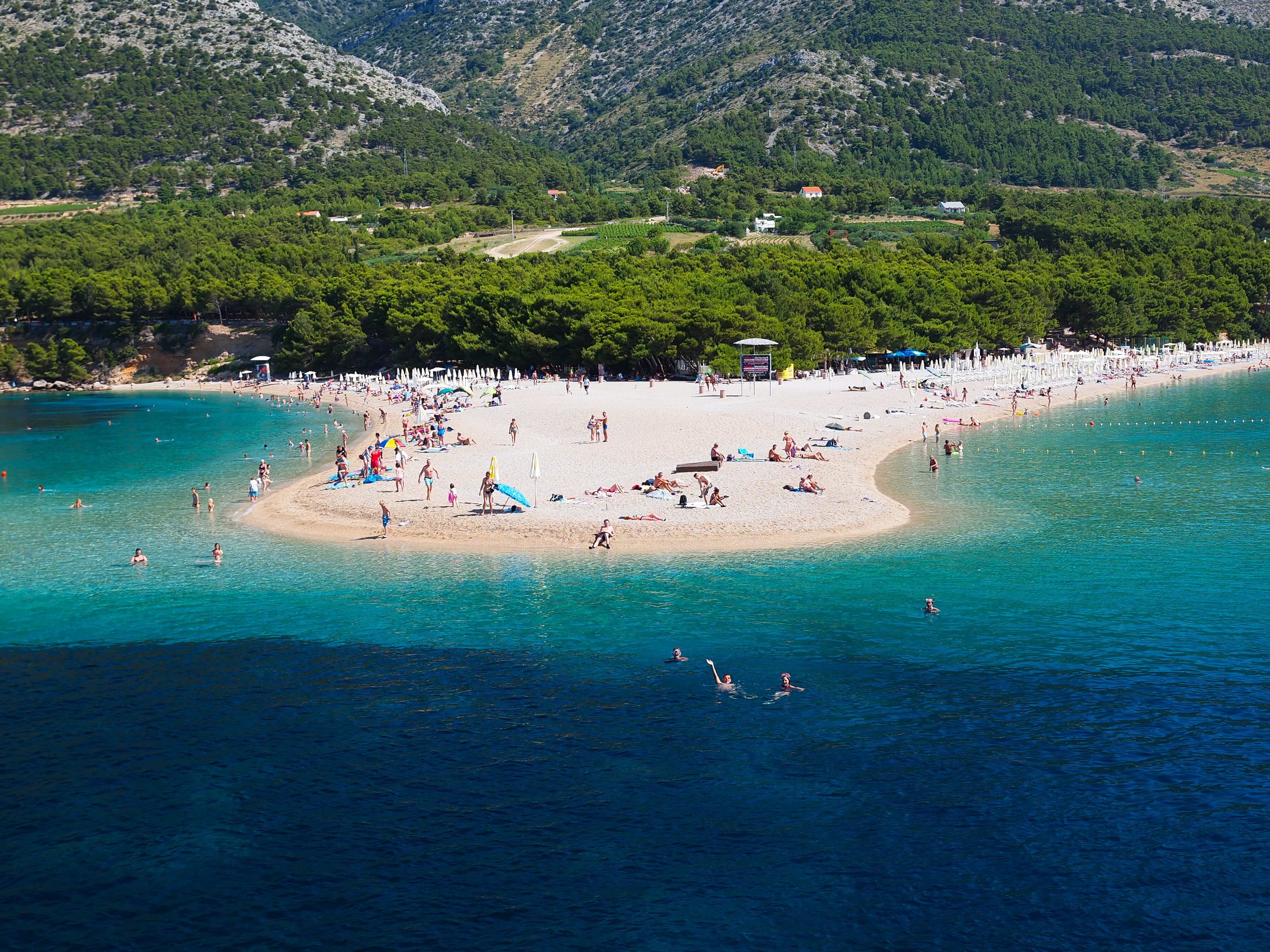