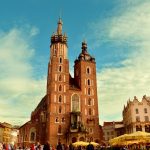 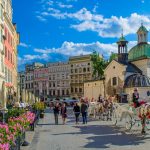 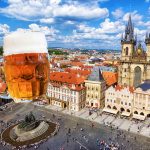 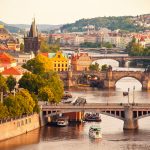 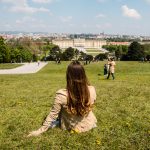 Day 1: ARRIVE WARSAW
You will be met on the airport and transferred to your hotel. The rest of the day is at leisure. Overnight.

Day 2: WARSAW
After breakfast you start with the sightseeing tour. It includes a drive along the famous Royal Route from grand Castle Square to Lazienki Park and Palace, summer residence of the last king of Poland. See the Palace of Science and Culture (known as a “wedding cake”), the Saxon Gardens, Tomb of the Unknown Soldier, Monument to the Heroes of the Warsaw Ghetto. After a short break you will continue with a walking tour which shows you the Old Town, Old Market Square, and St. John’s Cathedral. The rest of the day is free. In the afternoon you might want to attend an optional Chopin concert. Overnight.

Day 3: WARSAW – CZESTOCHOWA – AUSCHWITZ/BIRKENAU – KRAKOW
Breakfast and then journey to Czestochowa, well-known pilgrimage place famous for its religious icon of St. Mary in the Yasna Gora Monastery. It is also known as “Black Madonna.” Later on you continue the tour to visit Auschwitz-Birkenau concentration camp from World War II which is now listed on UNESCO World Heritage sites. Arrival in Krakow in the evening. Overnight.

Day 4: KRAKOW
In the morning you start first with a visit to Wawel Hill. There you’ll see the Royal Castle and visit the Royal Cathedral. After that you continue with a walking tour of the Old Town where you visit the Main Market Square, Renaissance Cloth Hall and St. Mary’s Church. The afternoon will be free to explore the city on your own, to shop or have a meal in one the numerous pleasant restaurants. Overnight.

Day 5: KRAKOW – PRAGUE
Drive through the Polish countryside through Slovakia to the Czech Republic. Afternoon arrival to Prague, the Czech capital, famous of its promenades, old city walls, parks and lovely Baroque churches. This is the one of the most alluring cities in Europe built on seven hills on both banks of the Vltava River. Overnight.

Day 6: PRAGUE
In the morning you start with the panoramic drive to see famous city attractions: Wenceslas Square, Strahov Stadium and Castle Square. Then you continue with a walking tour where you visit the Royal Castle of Hradcany with the Cathedral of St. Vitus, the Old Royal Palace, St. George’s Basilica and the Golden Lane. After that you descend to the bank of the river Vltava, cross the Charles Bridge and walk through the old quarter of Prague. Here you see the Town Hall, the world-famous Astronomical Clock and the Jewish Ghetto. The rest of the day is free.  Overnight.

Day 7: PRAGUE – CESKÝ KRUMLOV – VIENNA
This day depart Czech Republic for Austria. On your way to Vienna you visit Ceský Krumlov very well preserved medieval city. Its historic center around the Castle, has been a designated UNESCO World Heritage Site from 1992 on. It was given this status along with the historic Prague castle district. In the early evening you arrive to Vienna, the “City of Waltz” which owes its fame to the fact that it was a capital of the large empire for a long time. After arrival time is free to explore Austria’s lovely capital. Overnight.

Day 8: VIENNA
In the morning you start the sightseeing tour of the city:  Hofburg Palace, City Hall, St. Stephen’s Cathedral, Opera House, Philharmonic, Belvedere Palace, Prater Amusement Park, the UN Buildings. After a guided tour we recommend you to visit one of the typical Vienna cafes – they say that cafes developed here when the Turks were expelled from Austria during a well-known battle near Vienna in 1683. They were running away leaving behind bags of coffee. Vienna is also the origin of the delicious Sacher cake, which you can enjoy in its authentic area. Overnight.

Day 9: VIENNA – BRATISLAVA – BUDAPEST
In the morning, we drive towards Bratislava, capital of Slovakia. After the tour of the charming city center we drive to the Castle from where there is a nice view of the Old Town and the Danube River. Then we  have a journey to Budapest, Hungarian capital also named as the “Paris of the East”. After arrival you have free time to shop along the famous Vaci Utca street, get some typical food, sip an excellent Hungarian wine, or just relax. Overnight.

Day 10: BUDAPEST
After breakfast you start with sightseeing tour of this charming and beautiful city which was declared as World Heritage site in 1987. The main attractions are: The Parliament, Matthias Church, Royal Palace and the Castle Hill, Fisherman’s Bastion, Heroes’ Square, and the Citadel. Afternoon is free to explore this picturesque city on your own. Overnight.

Day 11: BUDAPEST – departure
After breakfast transfer to the airport according to the flight schedule.

* This price is informal. The exact price can be sent when we receive the request with exact dates of travel and number of passengers intending to travel (2 – min and 7 – max ).